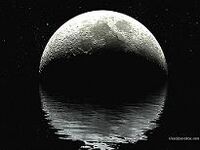 The Sea of Wonders is a place in Shadmire where the Mana Holyland used to be.

It was turned into the Sea of Wonders by Benamas after the Army of Vandole attempted to invade the Holyland and Ageatii moved it to the Upper Realm. The city of Caspia is here.

Enclosed by land on all sides, the Sea of Wonders is vast and rarely explored these days. In addition to a small city on the coast, there are three islands that exist somewhere in the region, which were previously the tallest peaks of the area once known as the Valley of Wonders.

Post a review of this area for in-game cash or prizes!

Propose new featured articles on the talk page for this template: Template_talk:FeaturedArea

Retrieved from "https://cleftd.fandom.com/wiki/Template:FeaturedArea?oldid=4892"
Community content is available under CC-BY-SA unless otherwise noted.